The Shallows, What the Internet Is Doing to Our Brains, by Nicholas Carr, originally published in 2010, with an updated afterword (2020).

“Of all the sacrifices we make when we devote ourselves to the Internet as our universal medium, the greatest is likely to be the wealth of connections within our own minds.” (Nicholas Carr, The Shallows.)

Fascinating and frightening, The Shallows will change the way you think about your physical brain, the Internet, you mobile phone, and most important, the health of your own mind (and everyone else’s). 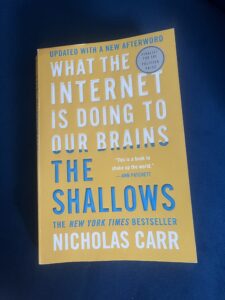 The book is well researched and covers an amazing amount of ground in just a little over 200 pages, including the history of information technology from cave drawings onward; scientific studies of the various effects of information technology on the brain, especially ones relating to Internet information technology; a detailed assessment of Google’s history, worldview, corporate vision, strategy, and operational techniques; and an utterly fascinating description of how human concentration and memory physically work.

Carr is an outstanding writer. He makes complex concepts such as brain plasticity easy to understand. He cites hundreds of scientifically valid experiments to back up his conclusions.  He maintains a high degree of objectivity and avoids hyperbole.

Among the many key points Carr examines:

I don’t know a whole lot about the science of brain function. However, I’ve been deeply involved in the Internet marketing industry since its inception in the 1990s. Carr’s assessment of Google and web usability were right on the money, giving me complete confidence this man knows what he’s talking about.

Even with respect to Web usability, the book taught me a few things. For instance, Carr devotes quite a bit of time to textual hyperlinks, one of the main factors in making Internet content so distracting. Instead of reading from start to finish, we stop to click on a link, and then perhaps click from there on yet another link, causing us to lose the thread of what we were initially reading. Experiments reveal how hyperlinks cause people to retain less of what they read, and just as important, understand less of what they read.

As a web writer, I loved hyperlinks because they are an easy way to add citations — much easier than the mechanics of adding footnotes to HTML text. Also, I sincerely thought hyperlinks were a service to  readers, as these links allowed them to easily explore a topic in greater depth. Now that I know better, I will not use hyperlinks on this blog. Hopefully you will retain more of this article … and not regret that you did.

Carr’s narrative on the history of information technology describes how each technological innovation came at a cost. With the clock, our connection to the natural rhythms of our bodies was weakened — instead of eating when we were hungry, we began to eat a particular time. With the introduction of the written word, oral tradition declined, weakening our brain’s ability to memorize a vast amount of words and hold within our minds our cultural heritage. These and all other innovations brought many benefits, of course, and Carr is in no way condemning them. The questions he raises, however, are crucial:

If we continue down the path we are on, we may soon lose the intellectual capability to ask these questions, let alone answer them.

Carr does seem to overlook one important aspect of the Internet’s impact on our minds.

Implicit in Carr’s writing is the idea that the Internet is storing and serving up facts in a more or less neutral way. Google, along with Facebook and every other online publisher of information, may have strange and even dangerous ideas about the meaning of intelligence and the workings of the human brain, but they are in the business of making accurate information available to everyone.

This is not the case at all. Search algorithms do not rank information based on neutral, objective ranking factors; these factors are designed by human beings with biases and perhaps, ulterior motives. Recent revelations in the wake of Elon Musk’s takeover, about how Twitter has manipulated information consciously and systematically, and how it worked hand-in-hand with the U.S. government to censor certain information, should give everyone pause. There are plenty of other examples of Big Tech bias, but you have to look hard to find them, since search algorithms are in the business of concealing them.

The problem here is quite serious:

Question: If the Internet is making us shallow, what is filling the void?

But it gets worse.  It’s not only the publishers and owners of online information platforms who skew and manipulate facts and their availability. Information manipulation is not  just top-down problems; the audience is full of bad actors as well: bullies, trolls, paid commenters with ulterior motives, spammers, bots that create misleading and false social network news and reaction, and much more. This incessant activity annoys, confuses, and agitates the majority of online users who simply want accurate information and positive social interaction. For brains already overloaded, distracted, and increasingly shallow, these manipulative forces can only put us in a frame of mind to be even less able to discern what is true or even what is actually happening around us.

Back in 2011 Google tried to address some of these problems with a well-intentioned initiative called Google Authorship. The idea to use various technical attributes in the coding of published content and algorithmic refinements to help establish the authority (credibility) of authors. Authors deemed authoritative by Google would rise to the top of organic search results, giving search engine users confidence these links would contain information they could trust.

The program failed and was discontinued a few years later. Among the problems were the inability of Google’s search algorithm to judge the quality of content, and also the tendency of authors (or the marketing companies that represented them) to manipulate the algorithms in their favor once they figured out how they worked.

All search algorithms have flaws and can be manipulated, sometimes quite easily, in fact. For instance, in the business world, when it became known (very early on) that one of the primary ranking factors in Google’s search algorithm was the quality and quantity of links pointing to a given web page and a domain, it spawned an entire industry devoted to the “building” of links. The demand for links, in turn,  created a strong incentive to publish more and more content, tens of millions of pages, as fast as they could be churned out. And it’s still happening, driving the quantity of indexed web content through the roof and driving us to distraction. And it’s not just Google: all the major social networks have structures in place that encourage the rapid creation of content, whether it’s useful, pretending to be useful, or even mindless. 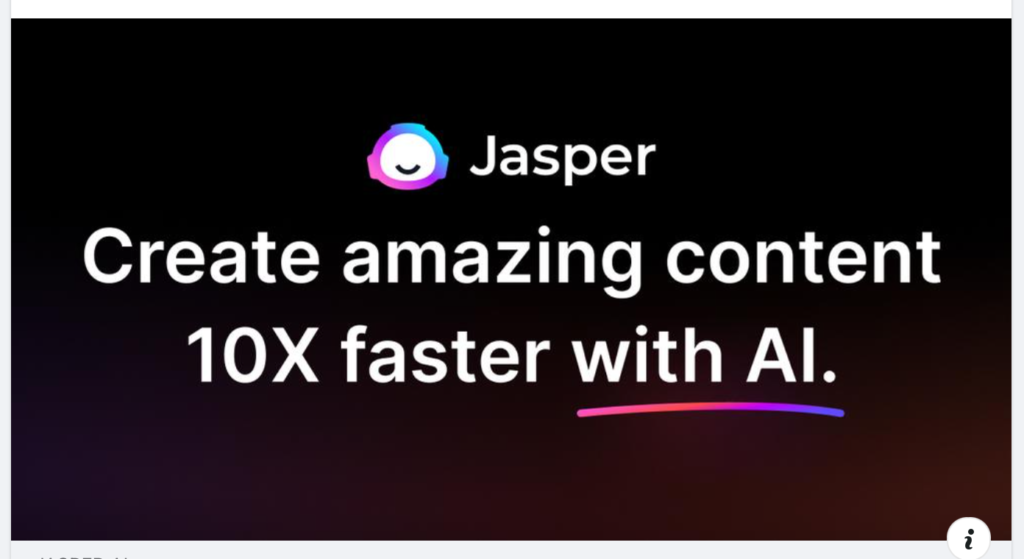 Now businesses and news media outlets can churn out content without worrying about any caps on labor. And we, as readers, won’t be able to discern whether we’re being informed by a human or a machine — making it light years more challenging to discern fact from fiction, meaningful data from manipulation.

How can we overcome the overwhelming mental, emotional, and cultural negative consequences of staring at screens?  The only real answer, it seems, is to disconnect, as Carr eventually did, at least for a time. (The positive impact it had was remarkable.)

It’s also imperative to limit young people’s exposure to screens — it  is the only way to ensure they will remain human, to be able to genuinely think for themselves when everyone around them only thinks that they think.

2 Replies to “Book Review: The Shallows, by Nicholas Carr”